**Written on August 21, 2009. The day I lost my dear friend and beloved dog, Paolo. On the 5th Anniversary of his loss, I wanted to make sure his tribute was still accessible for those who remember and love him.**
***
I know the only way through this is here, in words…

Twelve years ago, I was living in my friend Jane’s basement apartment, saving money for a house for the sole reason of wanting a dog. Jane was kind enough to encourage me to get the puppy before I found my house, but in truth I think Jane just wanted a puppy in her house.

A hot summer day, Jane, her daughter Chloe, and I arrived at Lifeline Puppy Rescue so I could “look” for a puppy. It was in the afternoon, near closing time for the shelter. A woman met us on the gravel path, and told us that all of the puppies had been adopted earlier in the day. However, in her arms was a lovely little chocolate puppy with floppy lab ears and green eyes full of puppy worry.

Jane asked and pointed, “well what about THAT one?”

It was as if the woman didn’t realize she was holding the puppy. “Oh, well, yes..this one is up for adoption. I’ve been carrying him around all day because all of his litter mates were adopted by one family and I didn’t want him to be alone in the pen.”

What a sad notion, that this beautiful little puppy would be left alone while all of his siblings were adopted by one family. We got into a playpen with him, and as he scampered around stumbling under his awkward weight, I began to cry. He was mine from the very beginning.

Our first few months together were a bit rough. It had been a long time since I had a puppy, and I admit that I don’t think I had prepared myself for the chores associated with housebreaking and socializing him. My first task, however, was just to get him to sleep through the night. The experts all suggest that crating is the method that should be used to get the puppy to become less co-dependant. The experts never talk about the untold hours of sleep this can cost you at the will of a tirelessly whining little puppy. I conceded, time and again. I was never going to win. I should have never let him see me cry in that pen. I believe he knew, right away, my number.

Since that day, Paolo has been more than any cliché about friends could possibly encompass or account for. He has been my closest companion. He’s been my buddy and my family. We have been each other’s teammates in life. And as big as our love started, it just kept growing.Paolo grew into such a remarkably beautiful dog. His ears ultimately lifted skyward, and his eyes eventually turned into the same mesmerizing cinnamon color as his coat. All his life, Paolo attracted attention for how unique and beautiful he was. He always accepted this adoration with humility, and seemed to always find a way to say “thanks” to those who showed him admiration.I’ve always thought that Paolo has horse in him. When he was younger, in particular, he used to prance around in circles exactly like dressage horses do in the ring. And his run was not that of a dog; it was exactly like that of a steeple horse. I’ve seen Paolo almost keep up with greyhounds at the dog park, and during our backyard games of “touch the butt,” he could outmaneuver me with ease and joy. In motion, Paolo was a gorgeous creature. And at rest, he was just as majestic.

It’s amazing how integral animals become in our lives when we’re not paying attention. There were a few times during Paolo’s first year that he managed to escape the yard and go out on adventures. Our bond had formed so strongly so early that the thought of losing him during those panicked events doused me in grief.

There have been a number of scares over the years. Along with the times he escaped the yard and I thought I’d lost him, he’s had a few illnesses that went undefined and a tumor scare that resulted in a 5-inch scar along his snout. Through each event, I’ve been confronted with the idea of losing him. And this notion has emptied me at every turn. I’ve been so grateful, time and again, to have him returned to me whole, well, and still himself.Today, Paolo’s vet found his abdomen full of tumors and hemorrhaging. He was bleeding to death inside. With no options, and the risk of him bleeding to death overnight, I had to say goodbye to my friend today. It’s been the hardest thing.

Thankfully, just as they were with me on that first day, Jane and Chloe came to be with us. Carol Jeanne, who could only be described as Paolo’s godmother, also came. In the three of them, there could have been no greater love for Paolo to match my own. We were his family; and he was ours.We spent some time together in a nearby schoolyard, sitting in the thick grass under a tall shade tree. Despite his condition, Paolo was alert and even playful. He yipped a few times, and even started to sing a little. After awhile, he rested in the grass facing me. His ears turned back, his breath turned heavy, his eyes softened in a gaze into mine. I told him “okay”; and our family walked back to the vet.

We huddled around Paolo on the floor where a nice soft pad had been prepared. He rested in the middle of us, as our hearts tried to let go. Dr. Mac administered a sedative, and left us cradling Paolo in our hands as he gradually dozed into a soft sleep. I removed the blessing string from my wrist, and rested it across Paolo’s neck. I rested on the floor next to him, my hands running along his soft scalp, and tears mixing with his downy fur that was being stirred by all of the loving hands on him.

Dr. Mac returned to administer the second dose, as I pressed my cheek against Paolo’s head and whispered “I love you” in his ear as he left us. Chloe then lovingly looped the blessing string around Paolo’s hind leg where the injection was given. As I heard Paolo’s last breath in my ear, my heart broke in two. One part went with him; the other is terribly heavy on me right now.It’s amazing to me how much Love Paolo was able to accept from me. I wonder now, what I’ll do with his share. Where is there a place as beautiful as him to place it?Our bond was so strong, and unbreakable. I don’t know who I’ll be without him. I don’t know who I would be, without him. I am filled with such gratitude for him. I don’t think in my entire life, I will be able to earn what he gave me.

Bless your sweet sweet spirit, Paolo. Thank you for your friendship, and for being such a big part of my life and who I am. I love you, always. 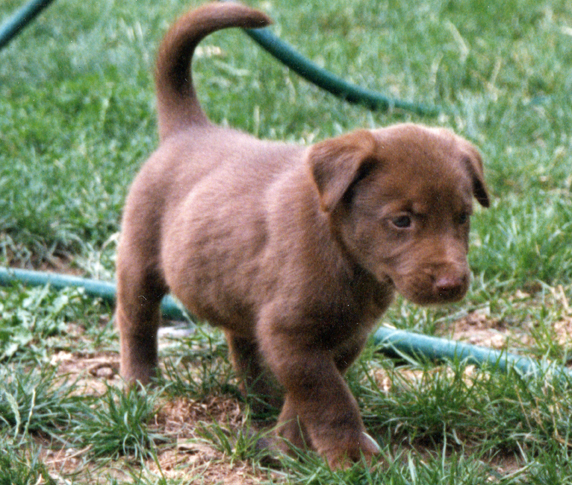 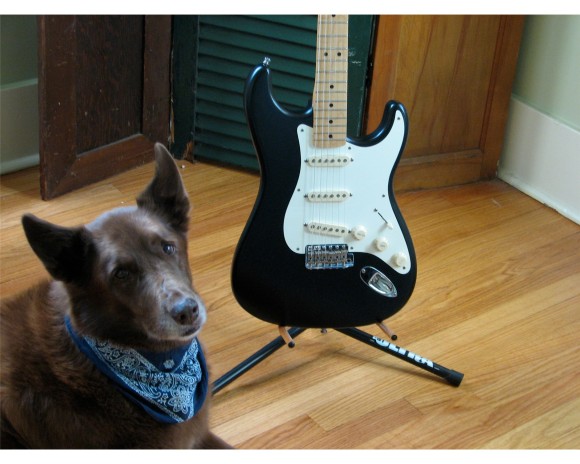 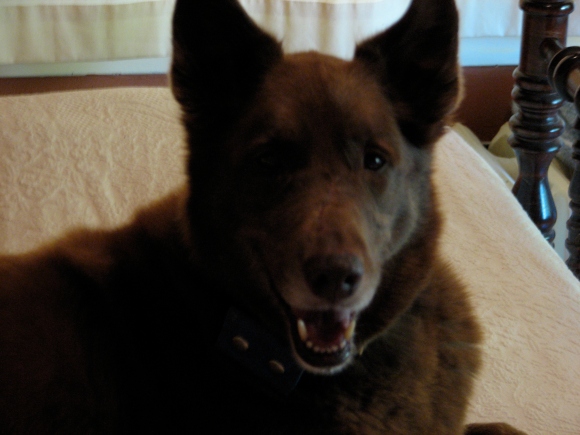 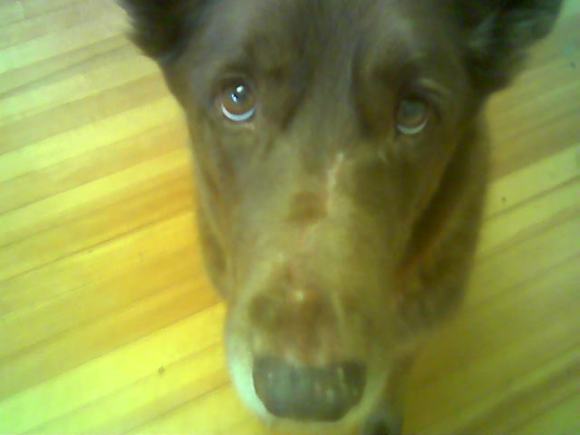 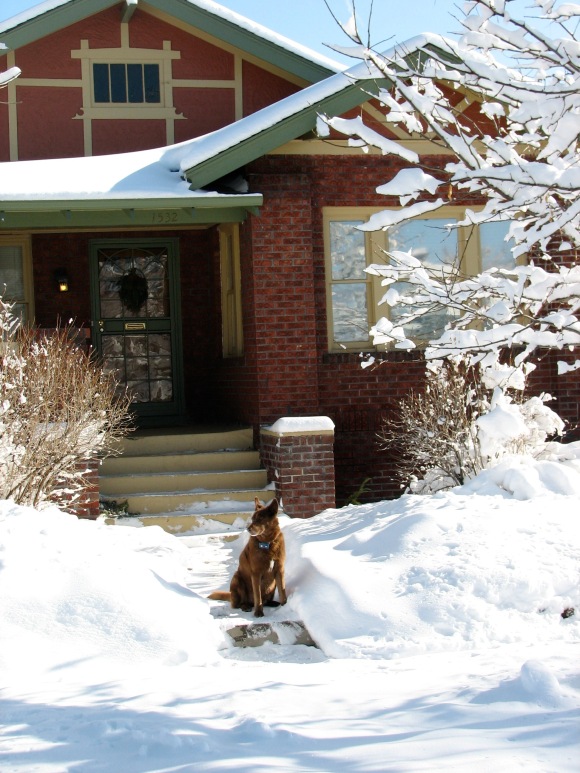 One thought on “God Bless Paolo”