I spent the past four days in Luang Prabang in northern Laos.  The village sits on a thin peninsula on the muddy banks where the Mekong meets the Nam Khan.  It is surrounded by dark, lush jungles that blanket rolling hilltops, all resting peacefully under recurring sheets of fog and mist.  As the ancient capital city of what was once a kingdom, Luang Prabang is a UNESCO World Heritage Site and the location of numerous Buddhist temples both modest and grand. 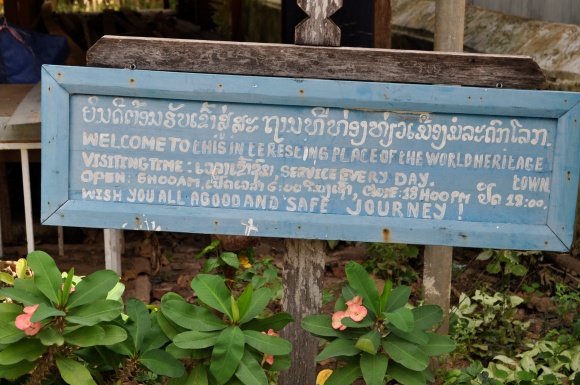 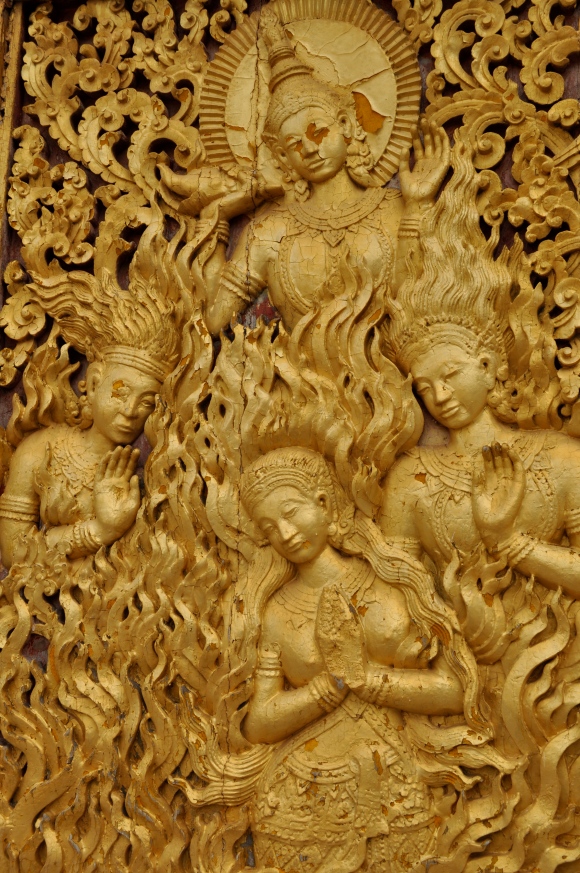 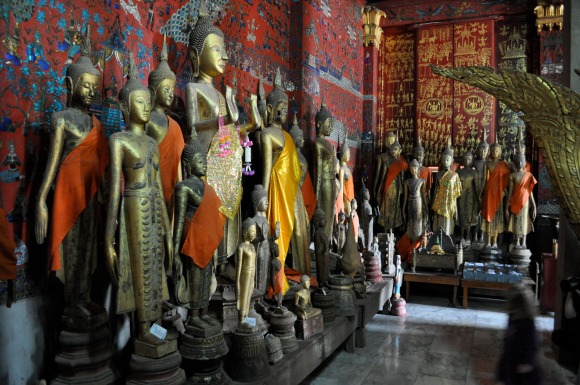 The center of the village has been taken over by tourists, and is a part I have generally tried to avoid with the exception of the hilltop that overlooks the river and the village.  The edges of the village following the water’s edge have proven to be more peaceful and less crowded.  I’ve been thankful for this, as when I first arrived I began calculating my departure due to the abundance of foreign tourists everywhere.  My guesthouse is across the Nam Khan from the village, and has been a nice retreat from the boatloads of backpackers and buses that crowd the streets by day.

Situated in the river valley, and benefitting from early morning and mid-afternoon showers, the temperature here has been much more pleasant than in Thailand.  But only a few minutes inside away from the soft breezes coming down from the hills and across the water will drench you in sweat in a matter of moments. 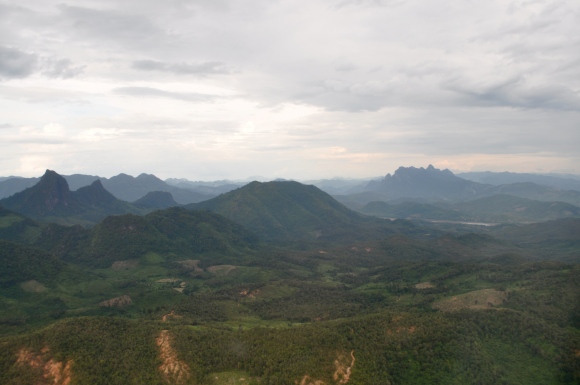 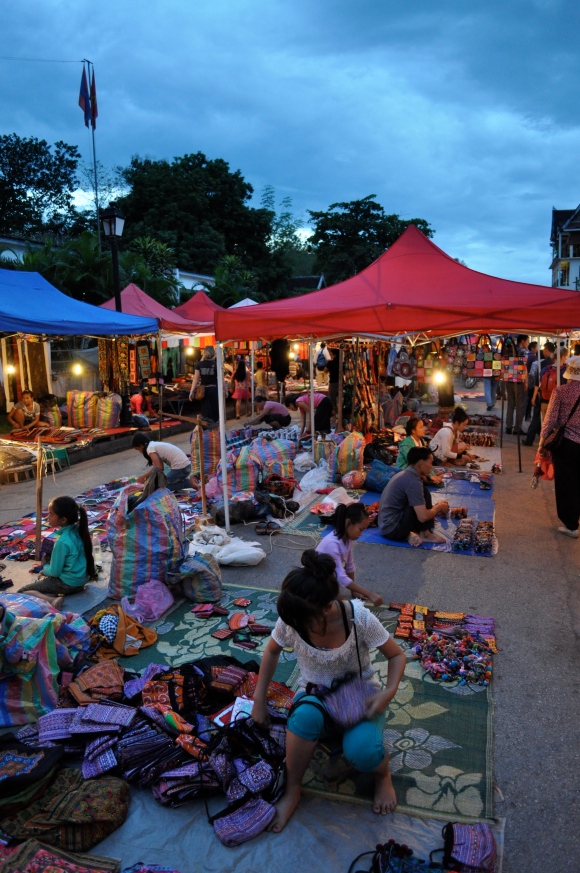 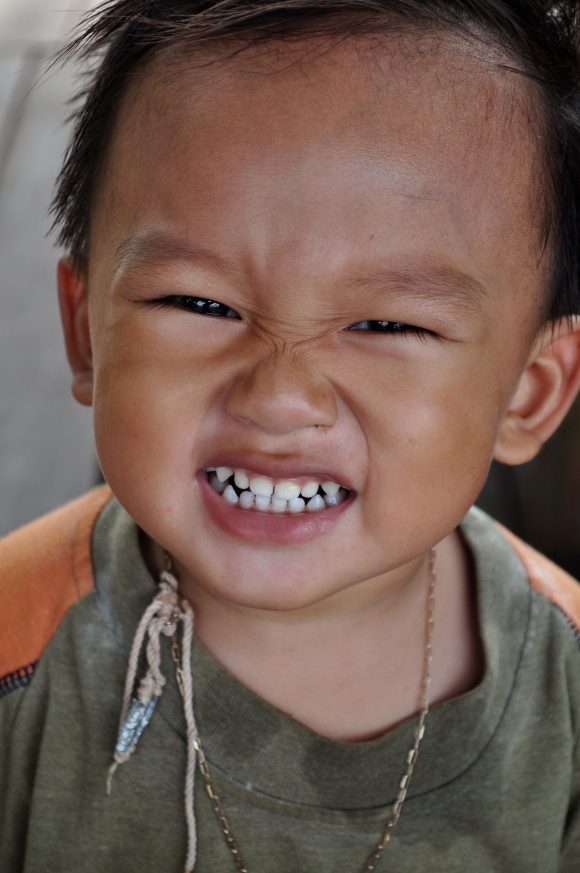 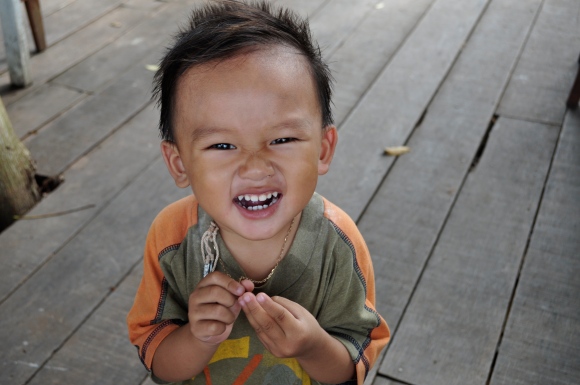 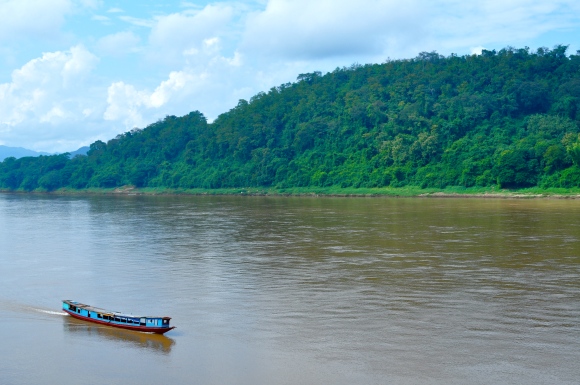 The night market is largely directed toward tourists, but a venture off of the main road into the side streets opens up an entirely different scene where locals buy their fruits and vegetables, eat from sidewalk fires and gather in front of televisions to watch Thai soap operas and muay thai matches.  I have had dinner in these side streets twice, sampling handfuls of street fare while strolling up one path and down another, finally making my way to the edge of the Mekong to circle my way back to the bamboo bridge that leads back to my guesthouse.

Every morning, alms giving ceremonies take place across the village with monks proceeding single-file through the streets collecting gifts of food from locals.  This, unfortunately, has become a spectacle for the tourists who frequently interject themselves into the ceremonies to snap pictures of the procession.  It’s striking to me how utterly disrespectful people can be in these settings, and I often wonder how these same idiots would feel if someone was in their face snapping photos of them as they take communion.  I’ve seen one example after another, in temples and markets and rituals, where there appears to be an utter disregard for the grace and peace of the monks and their practices.  It’s times like this when I wish to extricate myself from any setting where I feel that – by default and appearance – I associate with any such people or their attitudes.

My time in Luang Prabang was very sleepy.  I took lots of walks around the temples and along the perimeter of the village.  A few days ago, I hired a boat to take me up the Mekong to the Pak Ou caves, a remote spot among the limestone outcrops filled with countless Buddha statues. 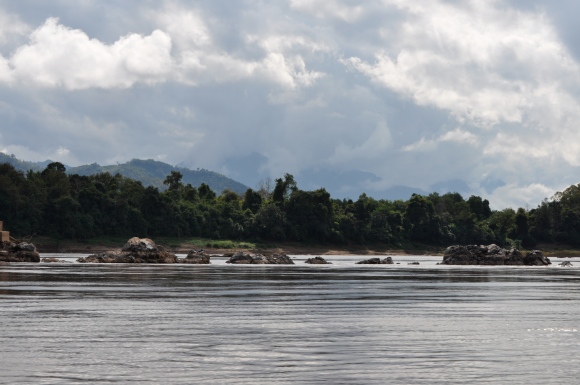 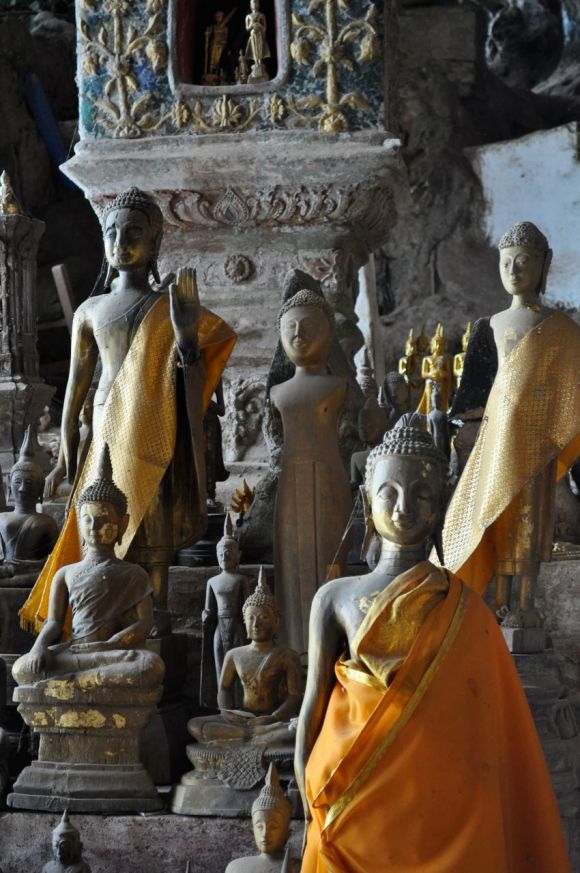 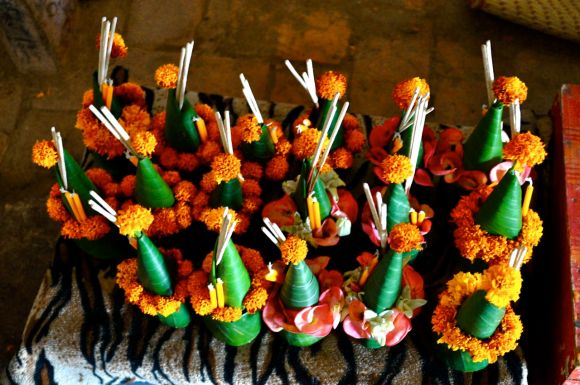 On Wednesday, the gentleman who owns the guesthouse took a few of us guests to the Kuang Si Falls.  I shared lunch with a group of medical students from Berlin before hiking to the top of the hill as the sun came down over the Mekong. 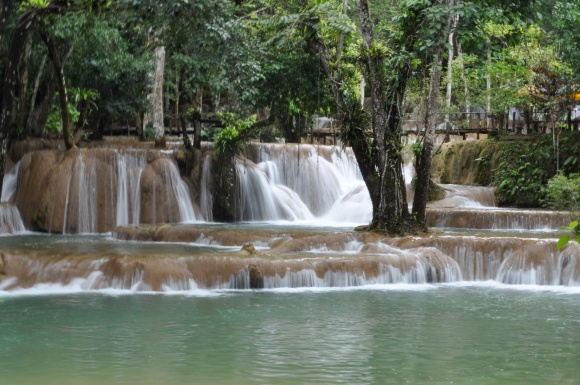 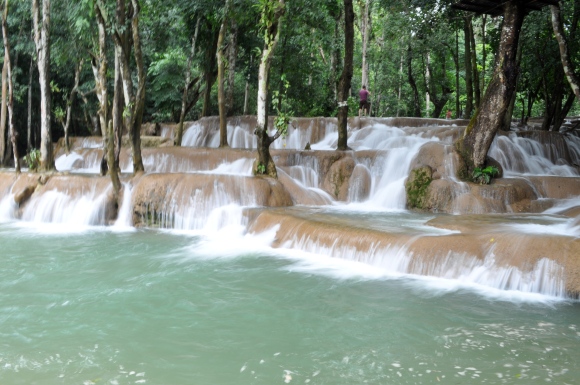 Last night I arrived in Hanoi where I’ll spend a few days before moving onward.  I’m glad to be without an itinerary that is more than a day or two out.  There is great wonder in experience without structure.  I think that’s what it must mean to be “present.”

To limit anticipations, and shed expectations.

To just be still.

To welcome every moment just as it is born.